Ask us anything, feedback welcome.

At Secure Code Warrior we welcome any questions, feedback, or comments. If you would like to find out more about how we can help secure your code, or help your team establish secure code practices - please complete the form below and we will be in touch with you shortly.

‍Fields marked with an asterisk (*) are required.

We do ask a few questions so that we can better understand things, but know that your personal details are cared for like we would care for our own. Read our Privacy Policy for more info... 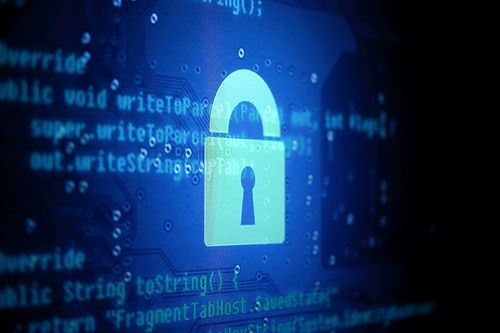 Learn how Sensei can identify a coding pattern, and automatically generate a private constructor to make it impossible to instantiate the class.

In a utility class, when the fields and methods are static,  there is no obvious reason why I would ever instantiate it.

The code below is a simple implementation of a Utility class.

This is the type of coding pattern that Static Analysis tools can pick up, but they often don't supply the ability to fix the issue.

I can use Sensei to identify the coding pattern, and automatically generate a private constructor to make it impossible for me to instantiate the class.

Searching for the Class

I will add a new recipe on the Utility class called:

And initially, I'll create a simple matcher to search for a class.

This will match any class, which is good enough to let me get started writing a Quick Fix. Once I have a Quick Fix that works, I'll refine the search to make it highlight when there is more likely to be a class that requires a private constructor.

For the Quick Fix, I will want to generate a private constructor.

In the GUI Editor, I use the Show Variables to create the Mustache template and then edit the field to add the private modifier, brackets, and braces to make it syntactically correct.

This would now allow me to add a private constructor to any class.

The QuickFix preview helps me because I can see the generated code as I write the Mustache template.

Now that I know I can fix the problem. I’ll refine the search conditions to show the recipe when it is most appropriate.

Ideally, I don't want to create a recipe that flags an error against every class. So I'll add some additional conditions in the search so that we only match on classes that do not have a constructor.

The YAML is slightly different from the GUI.

In the GUI I configure it to look for a class without a child method which is a constructor 'yes'. We use 'yes' in the GUI instead of 'true' to make the GUI a little more human friendly.

This recipe will now only reveal itself for any class without a constructor.

So I might want to go further and look for the presence of static methods or fields.

Since Sensei is used to help me, as a  programmer, in the IDE, rather than to statically analyze the code and report all errors, this filter is good enough to rule out most classes in my code base where I might have a good reason to have a default public constructor.

In some projects, this might be a step too far because the utility classes could have private methods, so I might choose to look for the presence of 'any' public static methods, rather than 'all'.

Sensei is not designed to replace a Static Analysis tool. Sensei can augment a Static Analysis tool for common issues associated with your coding process, or technology. By replicating enough of the matching to highlight an issue, and supporting the development process by generating the QuickFix code.

What I'm trying to do is create a simple enough recipe that includes all the situations I need it, but filter it so that it doesn't get suggested in every class.

When working on recipes I try to de-risk them, in this case, I wasn't sure if I could create the private constructor so I created the QuickFix first. Then refactored the search conditions to make them more specific.

Sometimes when working on recipes I'm not sure how to perform the search, so I work on that first.

I find recipes easier to create when I build them incrementally, switching between refactoring of the QuickFix and the search.

You can install Sensei from within IntelliJ using "Preferences \ Plugins" (Mac) or "Settings \ Plugins" (Windows)  then just search for “sensei secure code”.

The source code and recipes for this can be found in the `sensei-blog-examples` repository in the Secure Code Warrior GitHub account, in the `pojoexamples` module.

Alan Richardson has more than twenty years of professional IT experience, working as a developer and at every level of the testing hierarchy from Tester through to Head of Testing. Head of Developer Relations at Secure Code Warrior, he works directly with teams, to improve the development of quality secure code. Alan is the author of four books including “Dear Evil Tester”, and “Java For Testers”. Alan has also created online training courses to help people learn Technical Web Testing and Selenium WebDriver with Java. Alan posts his writing and training videos on SeleniumSimplified.com, EvilTester.com, JavaForTesters.com, and CompendiumDev.co.uk.